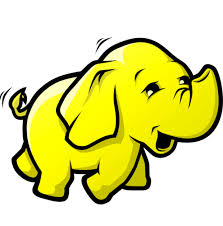 Here's my notes about introduction and some hints for Hadoop-based open source projects. Hope it's useful to you.

Chukwa: Chukwa is an open source data collection system for monitoring large distributed systems. Chukwa is built on top of the Hadoop Distributed File System (HDFS) and Map/Reduce framework and inherits Hadoop’s scalability and robustness. Chukwa also includes a ﬂexible and powerful toolkit for displaying, monitoring and analyzing results to make the best use of the collected data.

Avro provides functionality similar to systems such as Thrift, Protocol Buffers, etc. Avro differs from these systems in the following fundamental aspects.

HBase: Use Apache HBase when you need random, realtime read/write access to your Big Data. This project's goal is the hosting of very large tables — billions of rows X millions of columns — atop clusters of commodity hardware. Apache HBase is an open-source, distributed, versioned, column-oriented store modeled after Google's Bigtable: A Distributed Storage System for Structured Data by Chang et al. Just as Bigtable leverages the distributed data storage provided by the Google File System, Apache HBase provides Bigtable-like capabilities on top of Hadoop and HDFS.

Hive: Hive is a data warehouse system for Hadoop that facilitates easy data summarization, ad-hoc queries, and the analysis of large datasets stored in Hadoop compatible file systems. Hive provides a mechanism to project structure onto this data and query the data using a SQL-like language called HiveQL. At the same time this language also allows traditional map/reduce programmers to plug in their custom mappers and reducers when it is inconvenient or inefficient to express this logic in HiveQL.

Accumulo: The Apache Accumulo sorted, distributed key/value store is a robust, scalable, high performance data storage and retrieval system. Apache Accumulo is based on Google's BigTable design and is built on top of Apache Hadoop, Zookeeper, and Thrift. Apache Accumulo features a few novel improvements on the BigTable design in the form of cell-based access control and a server-side programming mechanism that can modify key/value pairs at various points in the data management process.

Although there are various excellent ORM frameworks for relational databases, data modeling in NoSQL data stores differ profoundly from their relational cousins. Moreover, data-model agnostic frameworks such as JDO are not sufficient for use cases, where one needs to use the full power of the data models in column stores. Gora fills this gap by giving the user an easy-to-use in-memory data model and persistence for big data framework with data store specific mappings and built in Apache Hadoop support.

The overall goal for Gora is to become the standard data representation and persistence framework for big data. The roadmap of Gora can be grouped as follows.

ORM stands for Object Relation Mapping. It is a technology which abstacts the persistency layer (mostly Relational Databases) so that plain domain level objects can be used, without the cumbersome effort to save/load the data to and from the database. Gora differs from current solutions in that:

Pig: Apache Pig is a platform for analyzing large data sets that consists of a high-level language for expressing data analysis programs, coupled with infrastructure for evaluating these programs. The salient property of Pig programs is that their structure is amenable to substantial parallelization, which in turns enables them to handle very large data sets.

At the present time, Pig's infrastructure layer consists of a compiler that produces sequences of Map-Reduce programs, for which large-scale parallel implementations already exist (e.g., the Hadoop subproject). Pig's language layer currently consists of a textual language called Pig Latin, which has the following key properties:

Bigtop: Bigtop is a project for the development of packaging and tests of the Apache Hadoop ecosystem.

The primary goal of Bigtop is to build a community around the packaging and interoperability testing of Hadoop-related projects. This includes testing at various levels (packaging, platform, runtime, upgrade, etc…) developed by a community with a focus on the system as a whole, rather than individual projects.

RHIPE: RHIPE (hree-pay') is the R and Hadoop Integrated Programming Environment. It means "in a moment" in Greek. RHIPE is a merger of R and Hadoop. R is the widely used, highly acclaimed interactive language and environment for data analysis. Hadoop consists of the Hadoop Distributed File System (HDFS) and the MapReduce distributed compute engine. RHIPE allows an analyst to carry out D&R analysis of complex big data wholly from within R. RHIPE communicates with Hadoop to carry out the big, parallel computations.

R/Hadoop: The aim of this project is to provide easy to use R interfaces to the open source distributed computing environment Hadoop including Hadoop Streaming and the Hadoop Distributed File System.

Flume: Flume is a distributed, reliable, and available service for efficiently collecting, aggregating, and moving large amounts of log data. It has a simple and flexible architecture based on streaming data flows. It is robust and fault tolerant with tunable reliability mechanisms and many failover and recovery mechanisms. It uses a simple extensible data model that allows for online analytic application.

Crunch: The Apache Crunch Java library provides a framework for writing, testing, and running MapReduce pipelines. Its goal is to make pipelines that are composed of many user-defined functions simple to write, easy to test, and efficient to run.

Running on top of Hadoop MapReduce, the Apache Crunch library is a simple Java API for tasks like joining and data aggregation that are tedious to implement on plain MapReduce. The APIs are especially useful when processing data that does not fit naturally into relational model, such as time series, serialized object formats like protocol buffers or Avro records, and HBase rows and columns. For Scala users, there is the Scrunch API, which is built on top of the Java APIs and includes a REPL (read-eval-print loop) for creating MapReduce pipelines.