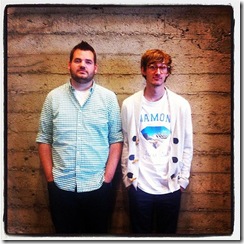 A lot of companies developed their own mature front-end components or frameworks since several years ago, while only two twitters made it popular all around the world. Just think of it why. I don't believe Bootstrap implies too much complex technologies, but it contains great ideas of layout and encapsulation, with low learning curve and one of the best documents in the world for newbies.

I recommend everyone who is interested in front-end tech can have a glance at Bootstrap at least. Of course you needn't to dive into each detail of it, but to build sense of front-end development and modularization. This is the very example to show how to write html, css and javascript code.

I can't recall the first time I saw the input box with a twinkling blue border, or the unicolored buttons with a triangle on the right side… But now the whole internet has been fully filled with the style. It seems Bootstrap will be the standard to web development in the near future, just as JQuery to javascript, WordPress to blog (OMG, WordPress has been integrated with Bootstrap as well… all right, I feel a little tired of it now). 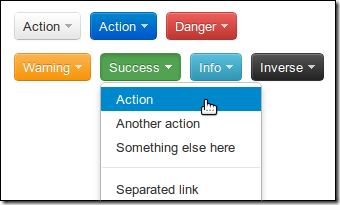 Bootstrap may make inferior UI designers lose their job. The programmers who don't have good aesthetic sense can make well-formed page now. So, please be smart and take it's sides. You can get some websites built by Bootstrap here.

Jetstrap is an awesome WYSIWYG tool to customize Bootstrap:

Sometimes you have to face some issues or limiations when you use a unified framwork or style collection such as Bootstrap. One of them is called "css polution", which is caused by a natural defect of css.

Once a component (such as table or a division) is generated, it will be affected by Bootstrap styles, even if the affection is not exactly what you want. Unfortunatly, you may have no idea to avoid it graciously, but some work around is as below:

Or, remove bootstrap from the page. Then you have to deal with all the css styles by yourself. Calm down and don't worry, it won't kill you.